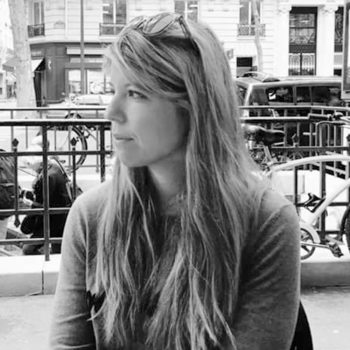 Allison is a BAFTA nominated Design Director, with over nineteen years experience in Motion Design. Working for both UK and US clients on award winning films, she develops and delivers for a range of filmic needs -from title sequences to end cards (and everything in between), to developing the look of the film.

In 2020 she was nominated for SXSW Excellence in Title Design Film Award. In 2019 she was nominated for a BAFTA for Title Design, the SXSW Excellence in Title Design Film Award and was a judge for the D&AD Awards in the VFX category. She also won the Broadcast Tech Award for Best Title Sequence. In 2018 she was a judge in the film category of the inaugural Motionographer Awards. In 2017 she was listed as Art of The Title's top ten Women in Title Design, was a panelist for Women in VFX event at The Mill, and was also a participant in Animated Women's Achieve Programme. In 2016 she won the SXSW Excellence in Title Design Audience Award, was a juror for the Titles and Graphic Identity BAFTA Craft Awards and was a Mentor for The Dots VFX/Animation Masterclass. In 2015 she was a panelist for DOC NYC Masterclass in Design and Animation, in 2014 she was selected to participate in Women in Film & TV's Mentorship Scheme, and in 2011 she was nominated for Outstanding Graphic Design and Animation at the Cinema Eye Honor Awards.