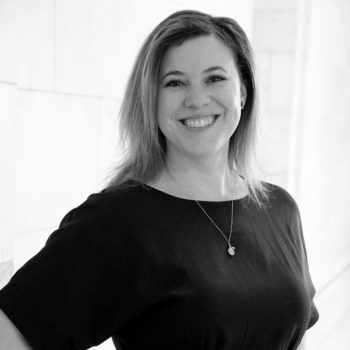 Kristin is the CEO & Co-Founder of Overview Collective, bringing big ideas down to Earth by providing fun and engaging ways to learn about sustainability and the green economy. These new approaches to education, vocational training, and workforce development and recruitment include XR content production, and immersive activations such as hackathons, escape rooms, workshops and exhibitions.

Prior to this, Kristin worked in a variety of roles at the United Nations over the span of 10 years, including the World Food Programme, the UN SDG Action Campaign/UNDP and UNICEF. She co-created and led the United Nations Virtual Reality programme, producing and distributing many of the UN’s virtual reality experiences. During her tenure, she also spearheaded the UN’s foray into transmedia campaigning around the SDGs, introduced new media influencers into the UN’s outreach strategy, launched several augmented reality experiences, and produced globally touring experiential multimedia exhibits. She is experienced with grassroots campaigning, having supported the MY World 2015 survey and World We Want with incorporating 10 million people’s opinions into the deliberation process for the SDGs and also the Building Bridges Youth Tour.

Kristin is a trained Climate Reality Leader (Los Angeles 2018), a member of the Bushwick Food Co-Op’s Outreach Team, a mentor at New Inc, and is on the board of advisors for BEAT Global. She also advises and consults on XR (AR, VR, MR) Programming and Partnership with EarthX - the largest environmental festival, occurring 24-26 April in Dallas Texas, and has programmed for the Chelsea Film Festival, and many United Nations and international events. She has taught English in multiple countries, and is fluent in Spanish.